Public sector economics is an area of study that is directly relevant to our everyday lives. It affects the taxes we pay, the buses and trains on which we travel, the workers who empty our bins, the gas and electricity delivered to our homes, and even the water coming out of our taps! 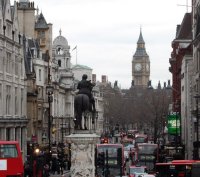 Traditionally, public-sector economics has been concerned with the study of how governments can deal with the failure of markets to achieve efficient outcomes. Possible remedies which are considered include using public expenditure and taxation, taking some firms into state ownership and introducing regulation. These are all areas of microeconomic theory, policy and practice.

But the very nature of the ‘public’ sphere has recently changed. In particular, we need to take account of political economy: how alternative economic theories are used to provide intellectual justification for ideological, moral and ethical beliefs.

These have recently been made manifest in ‘rolling back the frontiers of the state’ through privatisation, contracting out to the private sector the provision of public services, the use of private finance initiatives and public-private partnerships for school education, hospitals and other public services and reforms of social security benefits.

We are used to thinking about the incentives that firms and individuals face: in considering ‘public choice’ we consider the incentives that governments face. An example of this is the use of emissions permits rather than a carbon tax in the European Union. The explanation for this cannot be economic – a carbon tax is demonstrably preferable. But polluting industries resist the levying of a carbon tax, and so ‘grandfathering’ (giving out permits for free) is a way to limit the emission of carbon without coming up against significant political opposition.

Public sector economics is certainly not confined within the covers of a dry and dusty textbook. It is not heavily theoretical nor an abstract area of intellectual enquiry. It is out there in the real world, influencing the small details that make up our everyday lives.

VoxEU’s section on Politics and Economics

VoxEU’s section on the Welfare State