Labour Economics is concerned with many of the important decisions facing individuals at various different points in their lives, despite some of these decisions being made when the person is not actively involved in the labour market. For example, it has helped us to gain a far better understanding of the factors influencing how long to stay in full-time education and when is the best time to retire.

Modern labour economics typically adopts a neo-classical approach, in which agents are assumed to be maximising (utility for workers and profits for firms). As such, the subject has been heavily influenced by the Chicago School of economists, with standard microeconomic techniques applied to not only traditional labour market issues, such as the behaviour of trade unions and the labour demand decisions of firms but also to areas that were not previously thought to have an explicit economic dimension. These include discrimination, migration and a range of household decisions including the allocation of time to different activities, fertility and divorce. 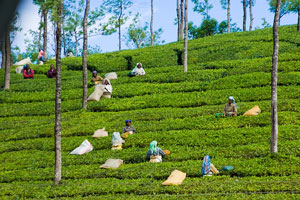 Some new research areas have also emerged in recent decades including Personnel Economics, which uses microeconomic principles to explain the human resource practices adopted by firms and particularly focuses on how workers should be paid (e.g. salaries versus variable pay methods such as piece rates or bonuses) and not just on how much they are paid. On the other hand, some ideas remain fundamental in explaining how labour markets function. In particular, the concept of human capital continues to be an integral feature of contemporary labour economics.

Given that labour economics deals with ‘real world’ issues, the empirical side of the subject is very important. So in addition to the theoretical advances, there have been numerous empirical developments in recent years. These include the introduction of new methods to evaluate the effectiveness of policy, which have proved very useful in assessing the success of welfare to work schemes such as the New Deal, the Working Families Tax Credit and the National Minimum Wage. A variety of data sources and econometric techniques have also been used to answer a wide range of empirical questions including the extent to which certain groups are discriminated against, the financial returns to educational investments and the size of the wage premium enjoyed by members of trade unions.

Labour economics is a good option for students wishing to make use of many of the skills they will have acquired from previous courses in economics. This is because it contains elements of both micro and macroeconomics and is underpinned by a mixture of theoretical and empirical analysis. Given the type of questions that it seeks to answer, it is particularly useful for students interested in careers in a range of government departments as well as in other public sector and international organisations.