Ever wondered how Apple decides its Research and Development budget, how Tesco decides prices for its many different products or how BMW organises the production of its Mini Coopers? These are the types of questions that Industrial Economics explores. 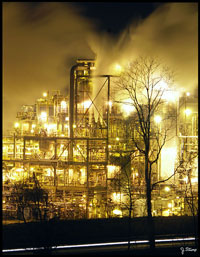 Industrial Economics is the study of firms, industries, and markets. It looks at firms of all sizes – from local corner shops to multinational giants such as WalMart or Tesco. And it considers a whole range of industries, such as electricity generation, car production, and restaurants.

When analysing decision making at the levels of the individual firm and industry, Industrial Economics helps us understand such issues as:

Industrial Economics also gives insights into how firms organise their activities, as well as considering their motivation. In many micro courses, profit maximisation is taken as given, but many industrial economics courses examine alternative objectives, such as trying to grow market share.

There is also an international dimension – firms have the option to source inputs (or outsource production) overseas. As such, while industrial economics more frequently uses skills and knowledge from micro courses, macroeconomic concepts are sometimes employed.

One of the key issues in industrial economics is assessing whether a market is competitive. Competitive markets are normally good for consumers (although they might not always be feasible) so most industrial economics courses include analysis of how to measure the extent of competition in markets. It then considers whether regulation is needed, and if so the form it should take. There is again an international dimension to this, as firms that operate in more than one country will face different regulatory regimes.

Industrial Economics uses theoretical models to understand firm and regulatory decision making, and so students should expect to use diagrams and maybe some basic mathematical models, including game theory. In addition, researchers often develop empirical statistical models to identify relationships between variables of interest: for example to understand the relationship between product price, advertising, and profits. While most courses will not require students to conduct their own empirical analysis (that is left to the econometrics courses) understanding and interpreting empirical results is an important skill.

Industrial Economists are also highly employable. There is an entire industry of consultancies and government agencies (such as the Office of Fair Trading (OFT) and the Competition Commission (CC)) concerned with competition policy. There is an equally large set of consultancies and regulators (such as Ofcom (the communication sector regulator)) which are concerned with the economics of regulation.

VoxEU’s section on Productivity and Innovation