‘Money buys goods and goods buy money but in a monetary economy goods do not buy goods. Really, without money the world would not go around.’ -Professor Bob Clower.

Money, according to the Scottish philosopher David Hume ‘is none of the wheels of trade: it is oil which renders the motion of the wheels more smooth and easy’. But this is not true – and that’s just as well, as if that were the case, there would be no reason to study monetary economics. This is because all economics would be the microeconomics of general equilibrium and a monetary economy would be no different from a frictionless barter economy based on perfect information and zero transactions costs. 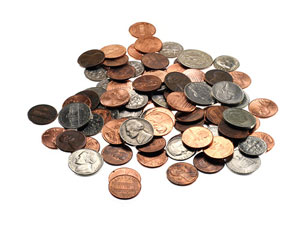 Perhaps the simplest way to illustrate the importance of money is to imagine how the world would be if money didn’t exist. We would have to resort to barter – and this means that you would have to find someone who had what you wanted, and you would need to have something (of similar value) that they wanted. This problem of the ‘double coincidence of wants’ means that barter economies are much less efficient than monetary economies – as anyone who has been to Zimbabwe recently (or has studied Weimar Germany) should know. In the absence of a government that creates a common medium of exchange, money emerges naturally: cigarettes became the common ‘currency’ in prisoner of war camps during recent conflicts.

So according to classical economics money is a medium of exchange. It is also a unit of account: all prices can be expressed in terms of a single scale (dollars, for example). This idea can also be extended to intertemporal and intergenerational exchange. Because money acts as a store of value, what is not used in exchange is saved. Savers (households) demand financial assets including money and investors (firms and the government) supply these assets. The demand and supply of financial assets determine an equilibrium rate of interest – but this rate of interest can be disturbed by monetary policy.

The study of monetary economics enables us to understand not just how an economy functions efficiently but also how monetary policy can help the economy adjust from one equilibrium state to another.