Keynes famously said that ‘the world is ruled by little else’ but the ideas of economists and political philosophers. An alternative view is that governments rule largely in the interest of a dominant class, while a third is the ‘economics of politics’ approach whereby parties see strategies to maximise votes in the same way that consumers might maximise utility or firms profits.

Political Economy realises that none of these approaches will hold on every occasion and there may well be contexts where none of them do. It uses different approaches and ideas to look at the relationship between economics and politics, and contrasting views of what the state should and should not do.

Although it is not a course in the history of economic thought as such, these questions may be tackled historically, beginning perhaps with Adam Smith who, in the context of his time, wanted a reduced role for the state in order to let the market flourish (and saw himself as studying Political Economy). Marx wanted the wholesale replacement of capitalism, while Keynes wanted to retain it but have the state play a much more active role macroeconomically, if not microeconomically. With Milton Friedman the pendulum swung back again. 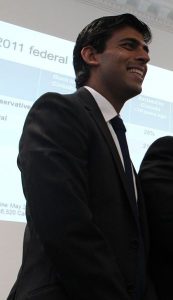 It could be said that as politics and economics became more specialised they diverged, creating two separate disciplines. However, in recent years, the growing trend of economists techniques being considered constructive within the study of politics along with the idea that substantial economic figures and ideas cannot be fully understood without any political or institutional factors, has begun a ‘re-birth’ of political economy.

Currently there are various forms of capitalism on offer around the world (some of them changing before our eyes as a result of the current financial crisis) and Political Economy asks whether one of these versions will ultimately win (and if so which) or whether they are likely to co-exist in a ‘horses for courses’ spirit.