Up: Home : Miscellaneous > Heathrow Expansion: What About the Local Economy? 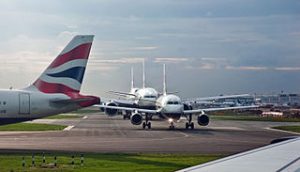 In terms of context, the UK government claims that Heathrow’s connectivity helps London and the South East compete with other European cities for business investment, which helps boost the entire UK economy. Heathrow accommodates more flights on its two runways than any equivalent airport in the world (gov.uk), yet the worry is that Heathrow’s connectivity will decline with only two runways given that they are now operating at around 99% capacity. Operating at such high capacity means that there is an increased possibility of delays when flights are disrupted, which could mean competing European airports gaining destinations at Heathrow’s expense. The argument is that as a result, London is likely to fall behind its European competitors. Those proposing a third runway estimate that building it would allow Heathrow to combat any loss of flights by increasing its connectivity, bringing £5.5 billion of economic benefits over the period 2020-2080 (Department of Transport, 2009).

Where these economic benefits are likely to materialise is impossible to say. However, a report by Oxford Economics found that aviation contributes at least £52 billion to the UK’s overall GDP and £8.7 billion in taxation alone- note that whilst this represents only a small fraction of the UK’s total GDP, is it nonetheless respectable and with an increase in aviation activity via Heathrow’s third runway, the industry will be contributing more to UK GDP. Remember that, in simple terms, an increase in Real GDP equates to economic growth, and economic growth is likely to raise living standards. 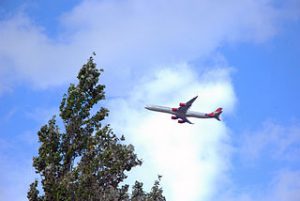 Focusing down on the multiplier effect(s) directly resulting from Heathrow’s expansion, the cycle of spending that would equate from the third runway will dramatically increase employment and prosperity locally- for example, it is estimated that up to 77,000 additional local jobs will be created, with the additional introduction up to 5,000 new apprenticeships by 2030 (gov.uk), as well as the design and construction of the expansion alone estimated to provide up to 60,000 jobs. These employment opportunities would be of significant value to London’s ever expanding population as several local authority areas around Heathrow have been experiencing relatively high levels of continual unemployment. This suggests that any new jobs generated as a result of expansion would provide a welcome boost to overall employment in the area (gov.uk). Further job creation will result from increased flight volumes as it will mean that more pilots and crew will be needed, more luggage handlers will be required and that there will be increased demand for airport staff in terms of manning new check-in desks and recreational facilities. There will also be greater demand for transport links to the new site.

The multiplier effects of increased jobs in West London is clear. The new incomes earned, minus the average saving rate equates to new disposable income which will increase demand for goods and services, which in turn would increase profit for businesses. This will lead to an increase in revenue from income tax and taxes on consumer spending thus raising tax revenue for the government. Perhaps this will make it easier for the government to finance measures to reduce poverty, increase health care provision and raise educational standards, for example.  Furthermore, this growth in jobs could increase demand for houses locally and the resulting need for increased community infrastructure, thus upping demand for construction and planning. When considering the multiplier effect then, we are able to see that the economic benefits of Heathrow expansion will significantly improve prosperity in the local area, as well there being much broader effects on the UK economy in terms of increased connectivity to newer markets.