Up: Home : After Your Degree: Where Next? > A Graduate’s advice part 1- Volunteering

Tim van den Hoek Eklund graduated from the University of Liverpool in 2009 with a degree in Economics. 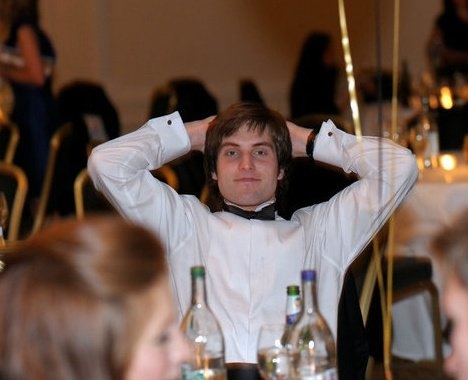 As you may be aware I’ve written for the Economics Network before. Before I wrote about being an economics student, how to juggle university life and other commitments etc. Now I’m back with a vengeance to give you the low-down on my experience as a graduate in these tough times.

Graduation seems a long time ago and believe me when I say nothing worked out at all as I had planned. Importantly, though, I’m happy with my situation and what I’ve done so it’s all not too bad; here’s what I’ve done so far.

An important point to bear in mind is that what to do after graduation doesn’t simply become an issue the day you graduate, nor just before you do, maybe not even in your last year. I suppose what I’m trying to say is that I reckon it should begin from day one of uni, by being proactive. It depends on how geared up you are into getting your ideal job but sorting out your life after graduation isn’t easy especially if you haven’t prepared.

Those people I see as successful are the people that have been through uni had an awesome time and taken the opportunity to network and get involved, gaining great contacts in all sorts of organisations. These people are those that put themselves forward for roles that aren’t necessarily paid, for roles that aren’t necessarily glamorous but roles which can give you the edge in job interviews. After uni, you need to show you’ve got the soft skills. So, immediately after graduating I had no job, I still don’t (but I’ll get to that later). I’d been applying different banks like HSBC, UBS, etc since the previous September.

Filling in forms and doing tests isn’t fun and when it doesn’t get you anywhere it isn’t good for the moral either. It wasn’t like I wasn’t trying, it’s just nobody wanted to give me an interview. Around mid-summer boredom began to set in. You’re used to having something to do, something to look forward to but suddenly there’s no more school and no purpose. It’s a difficult time, and there’s no wrong or right way to go about things.

My approach was to try and keep as many doors open as possible. To try and find a job I searched the internet, emailed companies, phoned them, and sent post to them. This really didn’t have a very good success rate. I called job agencies but they weren’t offering the sort of work I was after. A big deal for me was to try and escape from the UK and do something a bit different so I applied for a placement in India which I got turned down for. I applied for study in China, which I got turned down for, then I applied for Raleigh International.

I must have learnt from writing rubbish applications because I finally got accepted. I was going to Borneo! I’ve just got back from Borneo 09K and believe me when I say it was the best thing I’ve ever done, ever. I’ve got to admit after finishing college I thought the prospect of paying to go and do charity work was ludicrous, but I couldn’t have been more wrong. In Borneo I took part in three projects; meter of rainforest (MORF), KG Minusoh – building a school, and trekking through the jungle.

MORF is an entirely new charity which has been set up for wildlife and rainforest conservation in Borneo. A lot of the Rainforest has been chopped down by corporations to be used as palm oil plantations. This has destroyed the ecosystem and habitat for a vast array of wildlife out there. The idea of MORF is that as you can now buy a goat in Argos, soon you will be able to buy a meter of rainforest. This project is in its infancy, but Raleigh gave us the opportunity to get out there and be there right at the start.

The second project involved building a kindergarten. On project site we were restricted by Health and Safety as what we could do so we ended up doing a lot of sawing, nailing, moving wood from place to place, positioning planks, and so on. It’s sometimes hard work, especially in the heat but the outcome is amazing.

The environment was tough, not only because it was extremely hot a lot of the time but just generally living so closely with 10+ people for so long does become difficult at points. Plus the fact that food has to be rationed and care has to be taken so much to avoid spreading infections and diseases – just making a brew becomes a challenge! It’s strange because whether you want to or not you’re up at six every morning when the sun goes up and in bed early: if we went to bed past nine it would be a late one.

The most amazing thing about Raleigh is the people you meet while out there. We had people from all over the place, not only England. The Malaysian ventures were ace and had a real edge when it came to surviving; they knew most of the tricks of the trade, like how to peel coconuts! There were people from all sorts of backgrounds from the UK, university graduates, non-graduates, and people in their gap years, etc.

The greatest thing with the expedition was the feeling of community. You could randomly talk to absolutely anyone, whether you would or not outside Raleigh didn’t matter because you already had one thing in common anyway. The people on Raleigh were ace, taught me a lot and made the experience what it was. Near the end, we were deployed for the last phase and we all felt we’d had a tough time living on our project sites without home comforts. We hadn’t a clue what was in store for us. Now we were given the choice to trek around Long Pa Sia or trek to the Indonesian border where no other Raleigh group had ever trekked before. In the spirit of pushing ourselves, we chose Indonesia. The trek is undoubtedly the most difficult thing I’ve ever volunteered for freely.

Living in the jungle is difficult enough, but trekking for anything between 5 and 9 hours a day, arriving at a random spot in the middle of nowhere and building a camp from scratch in the dark everyday while getting attacked by jungle bees, leeches, and all sorts of creatures on a diet of a 17th of a slice of cheese on a cracker isn’t fun (all the time at least). Not only has Raleigh given me the opportunity to get to know really awesome, inspiring people. It’s provided me with the opportunity to push myself, to work on skills without even knowing it at the time. Next time I get asked when have I shown leadership I’ll talk about the time we didn’t have water and I had to make the call to trek two hours to camp instead of an hour to a water source to avoid other entanglements in the dark.

The economics in Sabah is very different, especially out in the sticks. When my professor told us a little economics could go a long way out there in the developing world, I never really believed they would be missing out on Adam Smith and David Ricardo. There’s a stark contrast between the rich almost western area in the city and the extreme poverty out in the smaller towns. Most of the homes didn’t have running water, didn’t even have water inside. They collected water when it rained through the drains on their roof! Only one or two homes had electricity. Yet, everyone there is really happy. A lot of people out there are self-sufficient, tend to their own crops and trade between themselves for other items (barter). With surplus crops farmers can sell this to a government organisation I was told.

While on Raleigh in the spirit of keeping my options open I applied to study some postgraduate courses at university in Stockholm. Studying in Sweden is a great opportunity because I’ll have to be more adaptable. I’m in a position where I think I still have lots to learn so I’ve applied at university in London for next year. If I’m accepted I’ll be able to choose between there and Manchester. In the mean time, I’d like to work in Europe and learn as many languages as possible, I’d be keen to do some further volunteering for Raleigh as well and further on down the line I’m looking into doing an internship at the Treasury.

I don’t know what the right thing to do after graduation is but I think whatever you do you should have a plan and a contingency plan, and another contingency plan. I’ll never forget Raleigh and think volunteering is the way forward.

Next: A Graduate’s advice part 2- Applying for Jobs