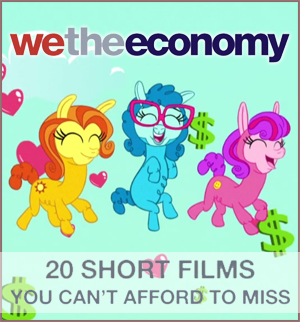 A series of 21 short films, made by noted film directors, actors and comedians, illustrate how economics applies to everyday life. The films are in a variety of different styles, using animation, comedy, parody or even choreography. The project was led by Morgan Spurlock, director of “Super Size Me”, and includes “Anchorman” writer Adam McKay, “American Psycho” director Mary Harron, and filmmaker/documentarian Werner Herzog. A team of economics experts selected the topics and advised on content. Some content and descriptions reflect the US origin of the material. 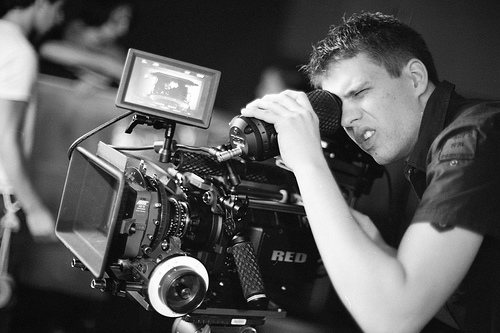 He claims to be the world’s first stand-up economist, giving comic performances all over North America. With a PhD in Economics from Washington University, Yoram Bauman is not to be taken lightly. Bauman teaches at the University of Washington in Environmental Economics, his PhD field. Bauman, as part of his stand-up economist act, interprets (or translates) Greg Mankiw’s 10 Principles of Economics.

Econ Films make films about the economy and how it affects people’s lives. The great economist John Maynard Keynes once wrote, ‘it is ideas, not vested interests, which are dangerous for good or evil’.
Econ Films uses the power of film to get across economic ideas and stories.

Econ Films is run by Bob Denham, The Economic Filmmaker. With a degree in Economics from Bristol and experience in TV and film production, Bob encapsulates the spirit of comparative advantage: he is a better economist than most filmmakers and a better filmmaker than most economists.

These video clips each explain an economic concept in 60 seconds, which is pretty economical itself if you think about it…

The Importance of Proofreading

We all have to write essays in economics. This is a polemic about the need for good proofreading. I grantee you will see yourself in this (short) talk (p.s. spot the mistake). 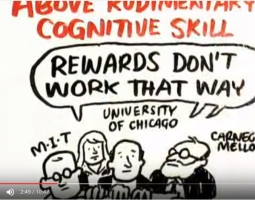 People react to incentives, right? Well Dan Pink’s fantastic TED talk on what motivates us just got a little bit better. This version has been animated by some clever folk at RSA and is highly watchable. Yet it is further proof of the importance of Behavioral Economics and a lesson to companies that workers need time to develop their own projects.

The Economics of The Big Bang Theory

Clips from the popular US sitcom are tagged and captioned with economic concepts that they help to illustrate.

The Economics of The Office

Clips from the US version of the comedy series “The Office” are used to illustrate economic concepts. The often poor decisions made by characters are shown as examples of how not to think about economics. The clips are indexed by season, by episode name, by character and by clip length. Most of the clips are under four minutes in length, with many under one minute.

The Economics of Seinfield

Seinfeld ran for nine seasons on NBC and became famous as a “show about nothing.” Basically, the show allows viewers to follow the antics of Jerry, George, Elaine, and Kramer as they move through their daily lives, often encountering interesting people or dealing with special circumstances. It is the simplicity of Seinfeld that makes it so appropriate for use in economics courses. Using these clips (as well as clips from other television shows or movies) makes economic concepts come alive, making them more real for students. Ultimately, students will start seeing economics everywhere – in other TV shows, in popular music, and most importantly, in their own lives.